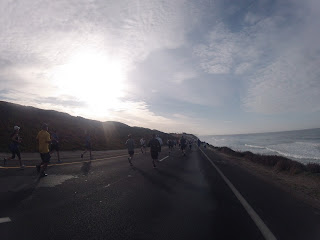 This year's Carlsbad Half-Marathon was a lot different than last years. In 2012 as an employee of Insulindependence I worked with our local committee to set up much of the weekend. However, I was luckily enough to run the half-marathon on race morning with Jamie. 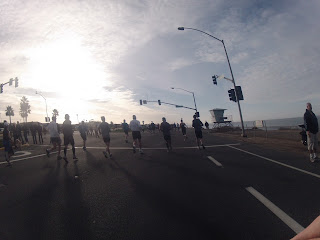 I don't know how she ended up doing it but Jamie finished the entire race with what was obviously a very bad foot injury. She sprained the top of her right foot on a long run two weeks ago and has had really bad soreness ever since.


At about mile two she said the pain would go from a nine to a one then back to a nine. Then at mile four I knew it was bad when she said "you can go ahead if you want to go faster". Jamie and I started the race in corral two, we started together and we would finish together. 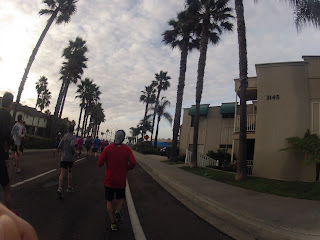 Despite what was obvious tremendous pain we didn't slow down much. We finished in 1:54, I am so proud of Jamie I don't know how she did it.


Now rest for her foot. 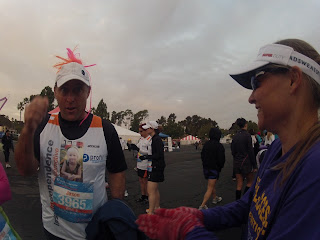 "The man who can drive himself further once the effort gets painful is the man who will win."
Sir Roger Bannister 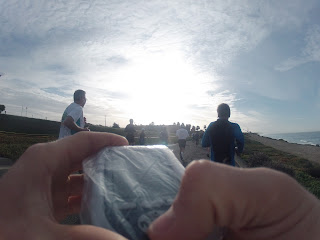