One hundred miles is a long way. Think about places that are 100 miles from where you are sitting right now.  I mean I went to college less than 100 miles from my parents house. So doing 100 miles with only your legs and heart to power you takes some time. 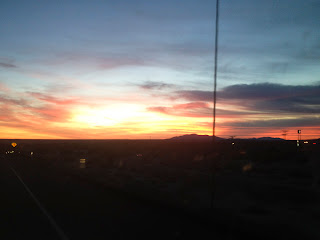 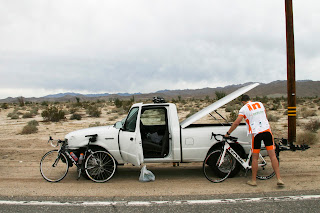 As part of the Ironman base training Blair, Peter and I signed up to ride in the Stagecoach Century this weekend in Octotillo, CA. Don't know where or what Octotillo looks like? Think of a place within that 100 miles of where you are sitting that is beyond barren, possessing hardly any people and doesn't even have a gas station. That's what Octotillo looks like. Just a small town out in the California desert near the Mexican border.


The first half of the ride was the hardest. Uphill into a head wind. A duel threat. At one point I looked down at my speedometer when it seemed to be flat and it said eleven miles per hour. I thought the thing was broken but no, the wind was that bad. Blair and I couldn't even speak to one another a few times the winds were howling so loud. The way back was another story, wind at our back, deafening silent in the desert. The world quiet expect for the click of changing gears. 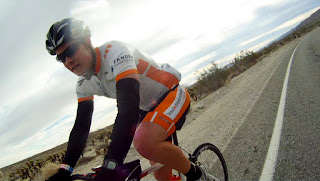 The ride was a ton of fun. The first time I have truly experienced "it never always gets worse". A knee would start to hurt then just go away, the body fully accepting what was happening. Both Blair and I commented afterward that we were expecting to be far more sore and tire than we were. Definitely a good sign for our base training miles in January. 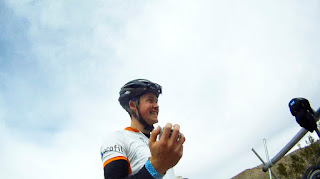 The blood sugars were great all day, between 140-180 on the Dexcom. Managing the diabetes during a ride of this length is so much easier while on the Dexcom (CGM). Also my first really long ride with an Omnipod. Love not being connected to that tube anymore. 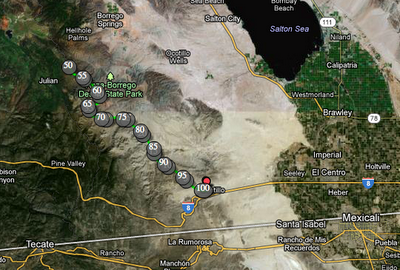 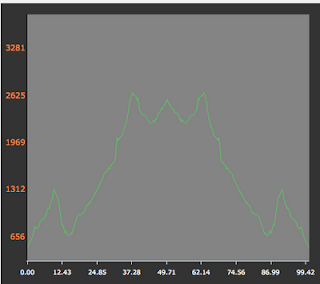 
Pictures here and video of ride below.

"I used to work in a bank when I was younger and to me it doesn’t matter
whether it’s raining or the sun is shining or whatever: as long as I’m riding a
bike I know I'm the luckiest guy in the world."
Posted by Unknown at 3:03 PM