Diabetes is one of those things where trial and error plays a huge role. It can be both frustrating and liberating when you can figure out the root of a cause.

One of the diabetes issues I've had recently is spiking over night blood sugars. It's a frustrating occurrence. Go to bed nearly perfect, wake up with a high blood sugar. The continuous glucose monitor (CGM) trend showed this odd rise in blood sugar as soon as I would fall asleep.

Why is this happening? No idea. It could be a number of things. Stress namely but also a decrease in overall workout time during the month of May and into the beginning of June. Not that I wasn't working out that much but flying home twice in weeks made me tired, increasing cortisol. An increase in background insulin (balas rate) on my insulin pump starting at 9:00pm before bed has seemed to do the trick. It goes to show the overall frustrations with diabetes.

Below is a picture I took of the worst spike I had during sleep on Monday, June 11 into Tuesday morning.

Was it stress? Was it just being tired? Change in diet during travel? Was it decreased workout time (which was back to normal levels at the time of the above spike)? Who knows, probably a combination of a lot of things. It's all trial and error.

The good news; I never had any of those highs that feel like death in the morning. Worse than a bad hang over, when your mouth is so dry it's hard to move. All seems well as long as it doesn't physically or mentally slow you down.

In spite of trying to figure out night time spikes in blood sugar, last week's training went very well. Another Thursday run with the X-Training group, a bike threshold test on Tuesday morning and a very long 4,600 yard swim on Wednesday morning.

The 4,600 yards (2.6 miles) in the pool was probably the best swim of my life. It seemed the further I went, the better it got. Jamie's help with the swim stroke the Sunday prior seemed to do the trick.

The weekend ride brought a little change. I rode very early on Father's day with the X-training group. The gentleman in the group couldn't be a nicer bunch, all with similar goals to myself, all very accepting. Everyone just wants to get the most out of themselves.

Riding in a group with only triathletes is definitely a change. One of the group leaders getting the quote of the week; "we are going to do a slower aerobic ride, don't get temped to race a roadie. As they pass just ask yourself 'can they swim and run', the answer is 'no' so don't race. Racing doesn't matter until the race".

We ended up going just under 60 miles. Can't complain about anything while riding with a good group on a beautiful day in San Diego. (Google map of the ride.) 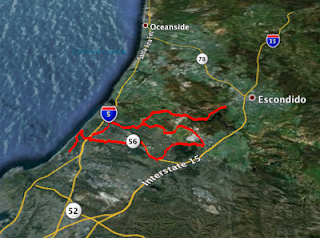 The official Brennan Cassidy 2012 Ironman Fundraising campaign is now live! Here is the link to the fundraising page. You can enter your own donation amount or donate $2.40 for the swim, $112 for the bike, $26.20 for the run or $140.60 for the whole thing based on the number of miles during each leg of an Ironman. Donations will help Insulindependence's Junior Captain mentorship program.

Posted by Unknown at 8:30 PM No comments:

Ironman training has begun. Last week was the first of twenty-four leading up to the race in November.


About four weeks ago I started going to a triathlon training group on Thursday morning's with Blair. It's coached by Sergio Borges who coaches the UCSD Tri Club (how Blair met him) and runs the coaching service called San Diego X Training. Let's tell the story how it is, the Thursday workout is masochism. There's also a Tuesday brick (bike/run) workout that we'll eventually start going to but let's not get ahead of ourselves yet.


The run is all trails in La Jolla near train tracks. I've never seen a train in the morning but sometimes it feels like one hit us. This will hopefully prepare us better for Ironman Arizona in the fall. Even if I don't get any faster, it will definitely do one thing; mental preparation. With a group you can always go much harder than the lone individual. Below is last week's two lap time trial (here's the link). You can see how hilly the trails are and how I was at threshold during the main set after ten quick hill repeats for the warm up.

“Some [workout] sessions are stones and some are stars, but they’re both rock, and we build with them.”
—Brett Sutton
Posted by Unknown at 8:10 PM No comments: On Thursday evening (May 31) I flew home to be greeted by two of my best friends, Geoff (with a G, like the Toys-R-Us Giraffe) and Marcus. I played baseball in college with both and somehow we all found our way into endurance sports in our retirement era (at least that's the way I'd like to see it).


I've gone totally nuts and plan to do an Ironman in the fall, they fell totally off the rocker and are doing a 50 mile run in July. It's debatable right now who is more crazy, probably a subject that will be revisited. 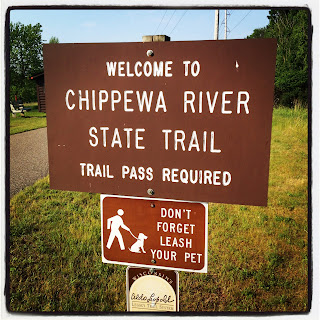 Geoff (also known as Skip) and Marcus have a great view on training and running. Just go out and run, no watch, no music, no major plan.


Talking to Skip is like a Nike Commercial, just run. I took a major page from their book and just went for a run on Friday of Memorial Day weekend along the Chippewa River in my hometown of Eau Claire. No watch, no music, just run.


I went back on Sunday morning for another run, though this time with my phone's camera. I wanted to take in the beauty that is where I'm from. 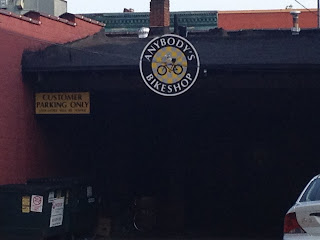 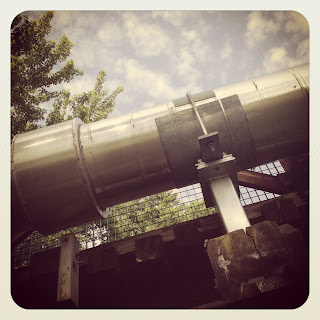 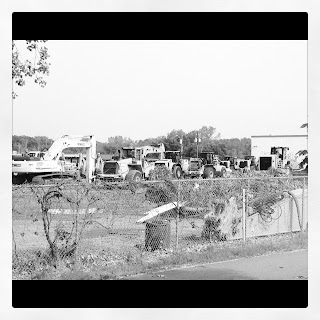 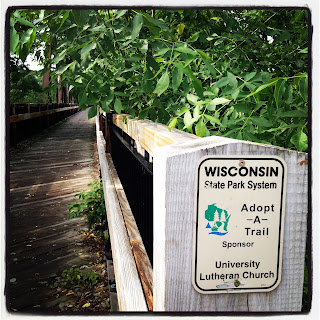 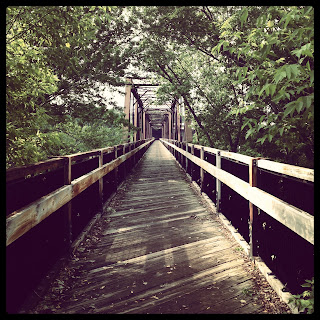 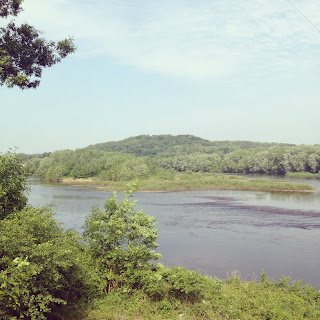