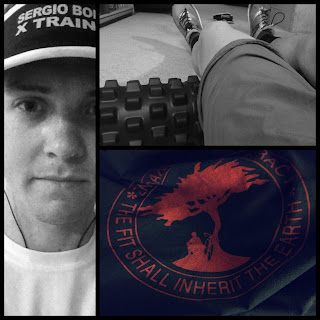 The ankle has gotten a lot better in the last two weeks. It still isn't a 100% but I'm back up over 30 miles per week which is where I'd like to be while adding more. In order to add mileage over the last three weeks I've done double runs on Saturday instead of the usual long run. I feel so much fresher than blasting out a 10+ mile run. Plus I have no long distance running event in the near future, only 10k distances or shorter.
The theme has been a run over an hour then an easier recovery run in the evening. All three weekends I've built each longer than the previous weekend with a huge focus on recovery and making sure the ankle is better than the day before. I've also done a lot of treadmill running as a focus for recovery.

Just about every run has been on a trail or treadmill. Each run has had a purpose, not just junk miles. Either off the bike for a short 20 minutes, hill repeats, tempo or aerobic, each has been there for a reason. The injury has helped that focus. 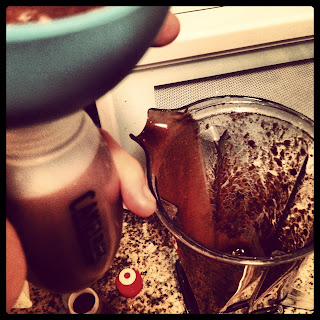 I've written about my own gels before but trying something new. This time with pitted dates. It's really good with the sweetness of dates. Two dates have as much potassium as a tab of Nuun so throw that in the blender with brown rice syrup, some sea salt and some cacao powder for a chocolate treat on a long run or bike. Much better than buying the gels.